OCTOBER 26, 2022
KW Legacy is pleased to announce the next Top Home Chef Gala will be April 22, 2023 at St. George Banquet Hall in Waterloo. Stay tuned for more information on how to purchase tickets to attend the event.

An evening of fun and fellowship in support of the Waterloo Region Suicide Prevention Council!

So what happens when 50 “home chefs” volunteer to prepare samples of their signature dishes for 450 gala attendees? ​

Guests had the opportunity to sample and judge the food along with a panel of celebrity judges including Chef D, Dana Short, Nick Benninger and Chef Scotty. Awards for best appetizer, soup/salad, main and desserts were given out, including prized champion jackets. Live and silent auction items were up for grabs, keynote speakers deliver inspiring messages, and the evening ends with a live band and dance.

The 2018 and 2019 Galas were sell-out events that raised a combined $90,000 for the Waterloo Region Suicide Prevention council. 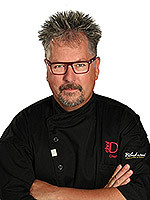 Fast forward 35 years later and ChefD has appeared as a guest on CTV News at Noon in Kitchener, Vancouver, and Edmonton, as well as City TV’s Breakfast Television, CHCH Morning Live, and Kitchener’s Rogers Daytime and Inside Guelph on Rogers TV.

ChefD is filming his eighth season of his popular cooking show, ‘At Home with ChefD’ on Rogers TV. In the process of Filming his 4 th Season of At the Cottage with ChefD

He is an author, speaker and radio host.  It’s no wonder ChefD cooks for you like you are a star, it’s because he has cooked for them! ChefD has prepared meals for Blue Rodeo, Michael Bublé, Big Bad Voodoo Daddy, Diana Krall, Melissa Etheridge and the late BB King, and the incomparable Stuart McLean.

Aligned with quality, ChefD is the corporate chef for Nutrafarms Inc., Piller’s Fine Food and Bothwell Cheese where he creates new recipes and flavour profiles. Partnered in those edible creations ChefD uses Waterloo Brewing, and tools from Home Hardware only to cook over a delicious union with Crown Verity.

ChefD is an avid community supporter and believes in sharing his passion for food with others, and keeping recipes simple, easy, and incredibly tasty!

During the COVID 19 pandemic ChefD and his team have created meals that are pay as you go. Anyone can call or text 519-954-8854 and have a delivery of food right to your door on Tuesdays. The meals are posted only to FB on Monday mornings. There is a need in our community and ChefD felt the push to feed our brothers and sisters.

Awesome people brought forward other needs that ChefD thought he and his team could help. Carla Johnson came with a great idea to feed our first line workers at Cambridge Memorial Hospital. These are our doctors, the nurses, the technicians and the cleaners. The first week we fed 600 the second week we fed 800 at the hospital. Over the next Four Months ChefD and his team made 12,000 Sandwiches and 24,000 Cookies for hospitals and Frontline workers 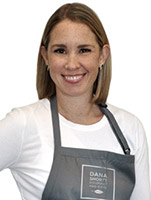 Dana Shortt is a mother of two and the owner of Dana Shortt Gourmet and Gifts in Waterloo. The shop is a boutique-style gourmet food store specializing in hand crafted prepared meals, an olive oil and balsamic vinegar tasting bar,gift baskets and quality chocolates from local suppliers.

“I opened the store in 2004 because I wanted to create delicious and unique dishes for people to enjoy that they couldn’t get anywhere else, with everything made by hand, using great quality ingredients and featuring local flavours whenever possible.

My goal in opening Dana Shortt Gourmet and Gifts was not to create another food and gift shop; it was to curate a unique customer experience”.

Dana Shortt received her formal culinary training at George Brown College. Along with her Culinary Management Diploma, she also holds a Bachelor’s Degree in Hotel and Food Administration from the University of Guelph. 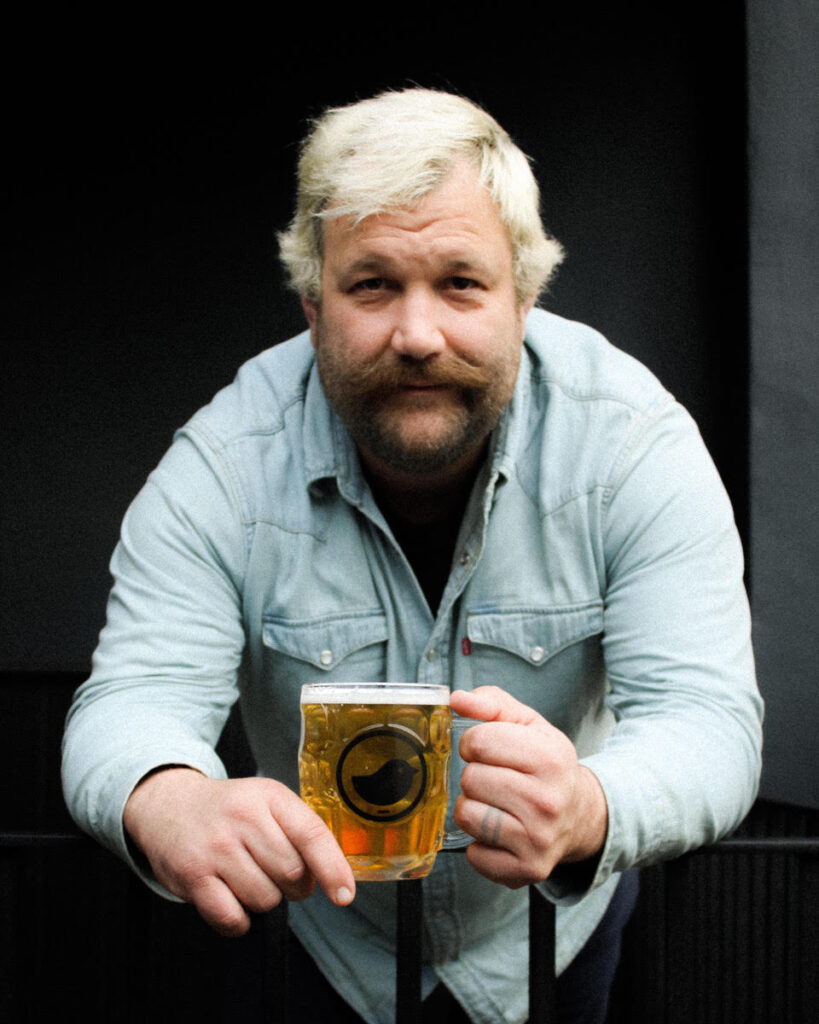 Rooted in his first summer camp kitchen job, environment, terroir and taste of place have always been central to Nick’s culinary journey. In 2008, alongside his partner, Nick & Nat’s Uptown opened, becoming a local benchmark for farm driven food.

The next decade would bring more growth, keeping the “made from scratch” ethos Nick is known for, core to the Fat Sparrow Group. Stone Crock Bakery, Meats and Cheese Butcher Shop and Fat Sparrow Foods, would make that possible while adding Jacob’s Grill and Fat Sparrow Marketplace to the portfolio. Most recently the Fat Sparrow Block was opened in St. Jacobs, converting the former Stone Crock into 5000 square feet of chef-curated butcher centric retail space called The Butcher and Market, as well as the exceptional new restaurant, The Charcuterie Bar.

Nick is also the host of Bell Fibe’s Farm to Fork, a show focused on telling the stories behind some of our region’s best farms and producers.

Nick considers Edna Staebler his culinary hero, both for her approach to cuisine, and her whimsical inspired writing. As a food champion, TV host, hobby writer and chef, Nick’s adoration for Edna and Food that Really Schmecks led him to name his restaurant group Fat Sparrow in her honour. 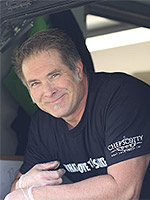 Chef Scotty began his culinary aspirations by graduating from chef school in 2003, after almost twenty years in the automotive industry. Excited about this next chapter, he quickly established himself as a  passionate chef with a love for local food. In 2013, he decided to launch his own business, ChefScottyCooks, which includes catering and his “BistroTour” Food Truck. He can  take passengers right on the truck to visit and tour local craft breweries, wineries, cideries or distilleries. They even come complete with a fully served dinner at a chef’s table inside the truck itself.

Chef Scotty has also been privileged in the past, to be a part-time culinary instructor through the Conestoga College program. The thought of helping young aspiring chefs start and continue their culinary careers is something that he is naturally drawn to.  Chef Scotty collaborates with Guelph’s own Dixon’s Distilled Spirits and Wellington brewery to produce bottled BBQ sauces.  Look for more to come soon… When you get a chance to see Chef Scotty, always remember his tag line… “What Love Tastes Like”. 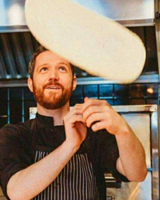 Born and raised in Kitchener, Chef Simon has worked in many popular local establishments. His 1ast cooking job came at the Whale and Ale pub 17 years ago. After apprenticing under chefs throughout the province, things have come full circle as he partnered with his friends at the Whale to open Rustico Kitchen and Bar in 2017. Rustico has quickly become known for its welcoming atmosphere and delicious comfort food.

Another of Simon’s passions is using his platform to give back to the community. He helped spearhead an initiative called “Stanley Park Eats” in February 2020 aimed at helping families dealing with food insecurity. He’s also worked with organizations such as Farwell4hire, Stanley Park Community Center, Nutrition for Learning, and now Legacy!

Simon is most excited to focus on taking Rustico to new heights in 2023 with special dining experiences, while continuing to pursue partnerships and opportunities to improve.

Want to be a chef?

Have a dish that you think could win an award? Interested in participating in a fun-filled night while raising money for a local charity?

Check out the chef information page or email tophomechefs@kwlegacy.ca for more information on how you can become a Top Home Chef. Plenty of photos of the event, dishes, and chefs can found “Legacy Events” menu above.

Ready to change lives and volunteer with us? Great!

To register as a volunteer and learn more about our volunteering opportunities, please fill out the form below and we will contact you and discuss ways we can work together.